This week wasn’t the best week for The Real O’neals. They received a .84 rating from the 18-49 demographic, and a total viewership number of 2.984. This is the first time this show was dropped under the 1.0 number. This could be for a number of reasons though. One, the NBA playoff’s have began and that will be taking viewership off sitcoms. Until the middle of June, when the NBA finals close. Also, the run in show (Fresh off the boat) had a rerun play in its original time. This could have also lead to the low number, especially because the 1-2 punch of both shows have been a moderate success for ABC. Also, according to TV by the numbers, this show has a good chance of being renewed for the second season. The show, After its 6.8 premier has been steady between the 3 million viewers and between 1.15 to 1.0 for the 18-49 demo. Add to the fact that ABC has a full ownership to this property? This may just be a placeholder until the network finds something better for its place. But for now, The Real O’Neals has been successful. Let’s see what happens next week when the lead in show has a new episode this week!

The Catch was rated 1.1 and had 4.9 million viewers on April 7th. With the constant decline of ratings and viewers, Shonda Rhimes and ABC have found different ways to keep the show relevant across the domains under The Catch. On Twitter, the show has 31k followers and on Facebook 122k followers. On Twitter, The ABC Music Lounge Twitter page posts music for each episode. It helps that most of the artists are under the Disney Music Group and Universal Music Group. On the Facebook, the show posts recap videos and direct links to watching the latest episodes. The links are directed to ABC.go.com where the episodes are available the next morning after Thursday premieres. Directly giving fans and viewers sources to the program content is a way to instill trust and gain a consistent following.

Variety.com posted an article on March 30th that describes the current state for ABC Network. It mentioned the new Entertainment President Channing Dungey and how she has come at a time when ABC is declining in the ranks as the lowest major four networks. This season, Shondaland shows have decreased tremendously: Grey’s Anatomy 4%, Scandal 13%, and How to Get Away With Murder 22%. The Catch debuted at 1.2 and a 1.0 and 5.1 million viewers for episode two. Dungey developed all of these shows expect Grey’s so all eyes are on how she plans to raise the ratings network wide. With the mid season slump, it will be hard to rebuild the network.

Since the exit of showrunners back in August, Shondaland had to re-shoot the pilot episode with Peter Krause. The show is premiering next week on March 24th at 10pm. It will be taking the place of How to Get Away With Murder which is another #TGIT Shondaland show. According to TVGuide.com, it will be premiering with NBC’s Game of Silence and CBS’s Rush Hour. They are all new shows this season with the 10pm time slot.

On ABC, there has been heavy advertisement for The Catch especially during commercial breaks for Grey’s Anatomy, Scandal, and How to Get Away with Murder. ABC has been using all of its affiliates to advertise for the show including ABC Family which is now Freeform. The network has been running the promo a week after it premiered on ABC in December. Also, when watching episodes form other shows on ABC.go.com, when you pause the video, the promo for The Catch is the still screen until you press play again. On tvbythenumbers.com, all of the Shondaland shows have been renewed for another season which leaves high expectations for The Catch.

“Caliber sex and scandalous acts”: those are the words to describe ABC’s #TGIT Thursdays. For The Catch, audiences hope that the show lives up to the reputation. First there was the teasey performance of the tango by the main characters Alice and Ben revealing the deception of the con but the love that is still there between the two. If that didn’t ooze sex appeal, the new promo is filled with smokey touches and gripping sex showing the extreme chemistry between the two. The promo was only available on iTunes but was released to all sectors of video outlets.

The show’s page on ABC.com has also been updated. There are new photos from the show and behind the scenes videos with commentary from the actors and actresses. The Twitter page for the show has gained over 10k more followers and Mirielle Enos has be responding to followers to thank for support.

ABC has made a very big step in history. According to Variety, ABC has replaced Paul Lee for Channing Dungey as Chief of Programming. The decision was made by Ben Sherwood who is the president of Disney-ABC Television Group. Dungey is the first African-American to be president of entertainment at one of the larger U.S. broadcast networks. The changeover was due to speculation that Lee clashed with Sherwood. Lee before ABC, Lee had a successful run at ABC Family (now Freeform) where he helped launch shows such as Kyle XY and Pretty Little Liars.

The goal for the replacement is to help the ABC freshman shows reach the potential of the brand. Yes, ABC has been successful with its “TGIT” lineup, Modern Family, and Shark Tank, its new shows have not been bringing in the views that the network is use to. Quantico has been the leading new show but it hasn’t been able to keep ABC from being fourth in 18-49 ranks and third in total viewers. The hope is with Dungey as the new head of programming, the shows of the spring will bring in the viewers. Sherwood would like attention to be paid to The Catch since its joining the “TGIT”. Their marketing strategy is to focus on the fact that the main character is the one doing the hunting hence the cat and mouse reference that has been promoted. 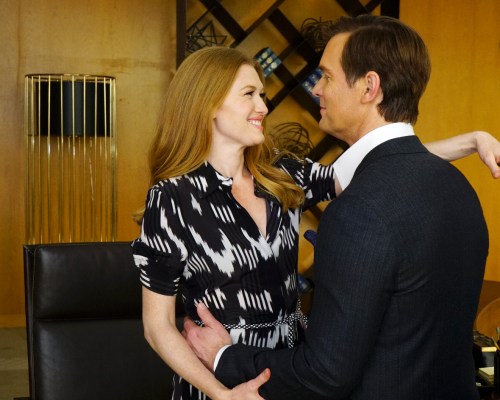 The tag line of The Catch is the “sexiest game of cat and mouse” which is due to the riveting relationship between Mirielle Enos and Peter Krause characters Alice and Benjamin. The chemistry between the two has been heavily talked about since both come from less sexually-risque television shows (Parenthood and The Killing). The promo has characterized Krause as cunning and a master manipulator. Enos is portrayed as a determined and powerful woman who will do anything to catch her man.

On February 12th, ABC.com updated the show’s profile and released photos of teasers for the the season. This gives audiences a much needed visual of what the cast looks like together and it heightens the anticipation of the plot of the show. The next step will be active blogs and behind the scenes clips on the show’s website. Those will appear closer to the premiere date which is March 24th at 10:00 pm which will be replacing the other Shonda Rhimes hit How to Get Away with Murder. 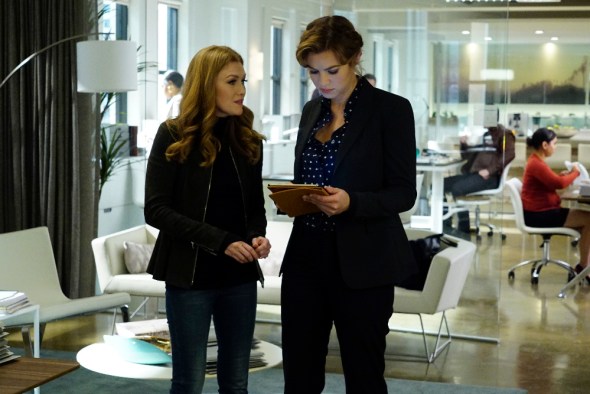 This week seems to be the normal performing week for The Real O’Neals. The show came in at a 1.04 number for the 18-49 demographics and a 3.648 Total viewers number. This show has been consistent between 1.0 and 1.4 for about four weeks now, as well as being consistent around the 3.6 million viewers mark. This show has obviously found a loyal following, which will be a good thing to know when renew or cancel decisions are made. I imagine the NBA playoffs will place a dent in next week’s episode, however ABC will not have any problems with this, especially since they are covering it extensively.

The Real O’Neal’s did very well this week. The show received a 1.4 Rating in the 18-49 demographic as well as a  share. These numbers were very competitive with the rest of the competition for day, as well as the show’s 3.67 million viewers. This and ABC’s Fresh Off the boat seems to be a good 1-2 punch for ABC. With this success of this 1-2 punch for ABC, I’m pretty sure this show will be renewed now for a second season. Twitter followers continue to slowly build to 6,095 which isn’t what I would like to see but from looking at the numbers isn’t detrimental to the show’s success.

Shades of Blue wrapped up its first season last Thursday. The season ended with a little boost in ratings of 1.10 in the 18-49 demo with 5.425 million viewers. That is a 5.75% increase from the previous weeks ratings.

Social media was buzzing during the finale as the episode left the audience with a lot of questions to be answered in season two.

I have not seem much written about season two, besides the episode order will be for 13 episodes.  A Variety reporter, Elizabeth Wagmeister, said that information came from the showrunner for Shades of Blue, Jack Orman.

Season one also had 13 episodes, which is a shorter order. TVSeriesFinale.com reported that is most likely because of  Jennifer Lopez’s busy schedule.

Lopez told People Magazine in an interview that it took the Shades of Blue team 2.5 years to develop the show and get the script and characters right. She also said she is not sure where the show will go from here, but it will be back for season 2 on NBC.